On a Monday morning at 7:30, I received a call that stopped my world.  On the other end of the line was my breast care surgeon telling me that I had breast cancer in one breast and the other appeared to have enough irregularities to be at risk too.  She told me,” If you were my sister I would recommend a double mastectomy.”  I was stunned and shocked and stayed that way for the remainder of the day.

My breast care doctor had very generously set aside time later that evening after all patients were gone for the day to sit with me and my parents to explain the decision.  Although she offered the possibility of other options, she stood by her recommendation that both breast needed to be removed.  She took out my file and showed me where it was about 1 ½ inches thick from notes and diagrams from areas of concern over the past few years.  The ultrasound technicians had color coded so many spots, they had run out of colors.  My doctor, a premier breast care specialist, told me that out of all of her patients, “I was in a league of my own”.  Probably knowing that I was going to be a hard sell, the next thing she did was ask me to go and spend some time with a plastic surgeon the following day and just talk with her before I made any decisions.  I did just that the following day, and what transpired was nothing short of an amazing turn of events.

At 10:00 am the following morning, a petite woman in high fashion attire swooped into the room and introduced herself to me and parents as Diane Alexander.  She sat on a stool in front of me to discuss her role in all of what was still dark turmoil to me.  One thing was sure, however–my attitude hardened over night.  Before Dr. Alexander could voice her expertise, she reeled back on the stool as I told her that I had made up my mind.  There would be no consideration of removing either breast; I would have a lumpectomy and take my chances.  Plus, I simply could not take off 6 to 8 weeks from work to have all of the reconstruction done.

It was at that point that Dr. Alexander, still with a pleasant look, took her tough love stand.  She looked me square in the eye and said “You are missing the big picture!”  You have a premier breast care surgeon advising you to remove both breasts, something I can assure you that is unusual for her to recommend, and I am telling you that I can reconstruct you into beautiful form.  I am an artist!  More importantly, both of us are telling you that we can give you the most important thing, peace of mind.

Dr. Alexander left the room and came back with a stack of photo albums almost as tall as she.  She asked me to spend some time just looking through the portfolio of the “before and after” photos of women who had come under the same circumstances as I had, but who had made what she called the “right” decision.  My wonderful and completely involved parents and I sat there for the next 3 hours reviewing photos of Dr. Alexander’s prior reconstructive surgeries.  My father very sincerely, but nonetheless with a dry wit, quipped that almost everyone looked better going out than they did coming in.  The work was so incredibly natural that you honestly could not tell where the surgery had taken place.  You would only notice a firmer breast or flatter stomach.  I was beginning to see the big picture.  My decision was made, and I called my breast care surgeon and told her that Dr. Alexander had turned my thinking around and that I would go through with the double mastectomy so long as Dr. Alexander would perform reconstructive surgery immediately following the removal of the breast tissue, and that they needed to book me as quickly as possible while I had the courage to go through with the surgeries.

It has been 2 years since the surgeries.  I have not missed a single ski season, which is my passion.  I have not taken a single day for granted.  I was part of a team of women, three of whom were from my office, who raised more than $250,000 in the Susan G. Komen 3 day Walk.  Almost a dozen of my co-workers came to me after my diagnosis to tell me of their personal breast cancer stories.  I, in turn, have shared my story with many others.  All of us together have compounded the strength and the hope that comes from the scores of survivors out there these days.  All because of the blessing we received by having such incredibly talented and strongly-convicted doctors who cared enough to use their creativity, their knowledge, their energy and their tough love.  In my case, all five doctors who have taken care of me from the beginning of my journey to the current day check ups, are women.  I can’s help but think that having women doctors shepherd me through this time made all the difference in the high quality and specially-tailored medical treatment that I received and which gave me the hope of long and happy life.   What a great time we LIVE in. 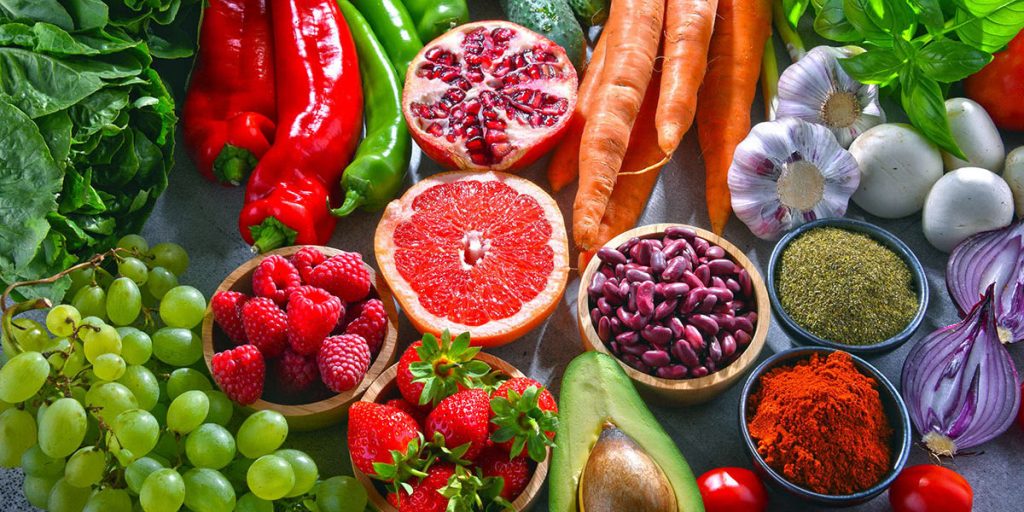 Fighting Cancer with GBOMBS (a.k.a. greens, beans, onions, mushrooms, and berries)
See All